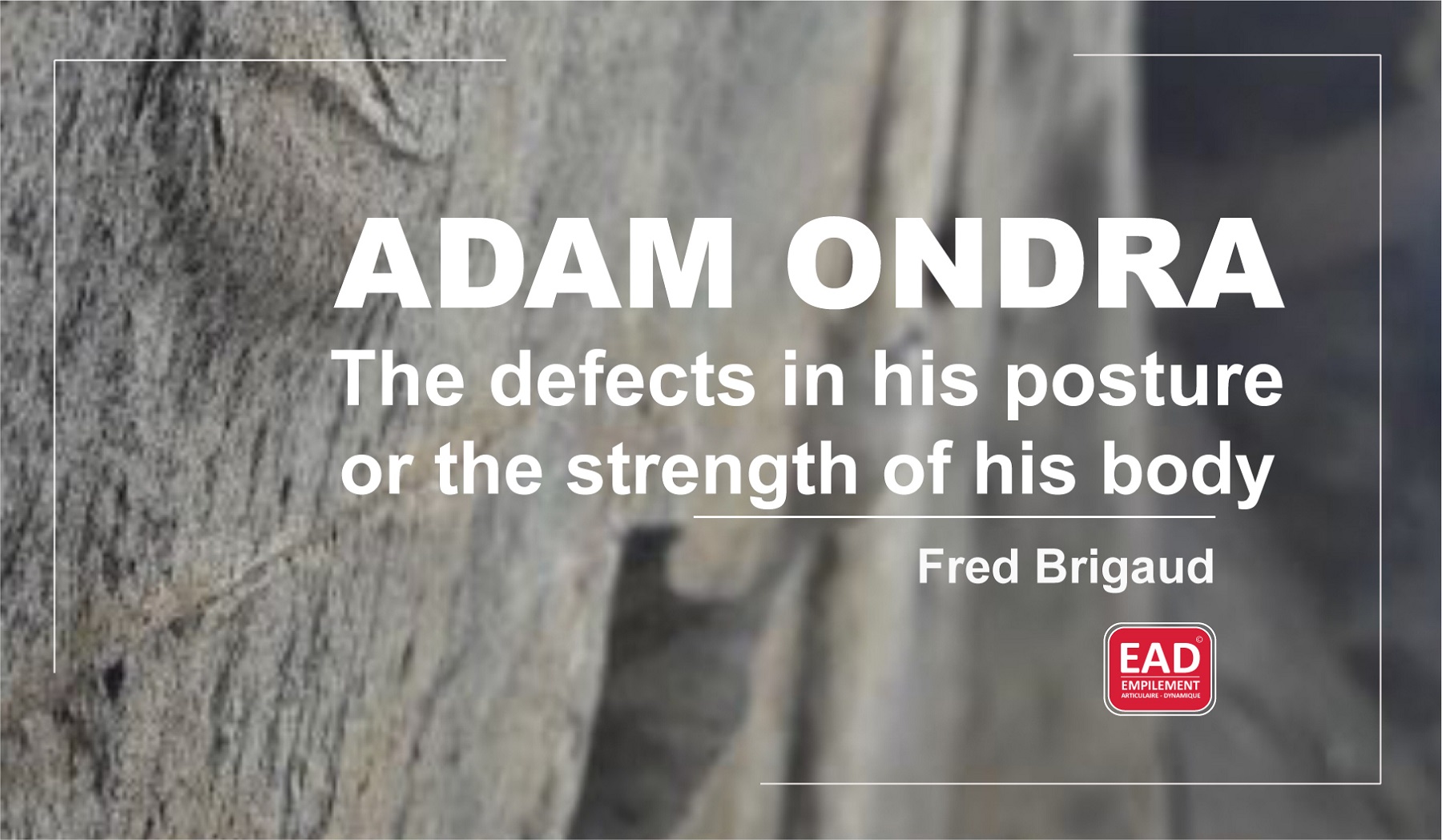 Being the best does not mean being at your best. The body of Adam Ondra has multiple imbalances and asymmetries, including two feet said  »pronator flat » as we can see in the video  »Road to Tokyo # 38 – What is the Best Body Type for Climbing », when he appears in shorts, bare torso and bare feet. These imbalances, which are also visible when he climbs, stress the general robustness of his body, that is, its ability to act while several biomechanical resources are not at the best of their potential, or even lacking.

You may think that doesn’t stop him from being one of the best climbers in the world right now, so why bother ? If it is obvious that climbing, like any sport, is multifactorial, the fact remains that the solidity of a body depends on its weakest parts, just like a chain is as strong as its weakest link *. Pronator feet have a direct impact on the ability to keep some holds or make certain steps, increasing energy costs and the risk of losing grip. Let us remember that each biomechanical resource has its importance and has an impact on the range of our technical and postural possibilities.

Adam Ondra has a more marked deficit in the right foot with a flat internal arch and an ankle tilt inward (fig. 1). If we were to assess its imbalance on a scale of 0 to 10, where 10 would be the joint limit and 0 the optimal balance, it would be around 8. The right foot, on which we are paying attention, is oriented outwards relative to the leg (fig. 2), that is to say, everted, and the forefoot is in external rotation relative to the rest of the foot (fig. 3) .

Note that we are interested here in two essential movements for climbing, the inversion/eversion movement of the foot relative to the leg, which allows the foot to be oriented relative to it, and the rotational movement of the forefoot which allows the anterior arch to be tilted independently of the rest of the foot. Two movements from two separate joints, the subtalar joint and the joint line space (??). The current musculature of Adam Ondra’s foot does not allow him to keep it in balance and to control the angle of the anterior arch, depriving him consequently of an entire range of support and forcing him to compensate for this deficit by modifying the organization of his leg. So, at rest, he cannot simultaneously keep the anterior arch horizontal and his foot in the axis (fig. 3).

Conversely, when the foot is functional and depending on his needs, the climber can produce and maintain any orientation of the foot and tilting of the forefoot (Fig. 4).

Control and upkeep in support of the foot orientation and inclination of the forefoot determines the range of the strategies within reach (combination of movements and postures).

The grip depends on the position of our body relative to the foothold, and our position depends on the correctness of the orientation of the foot and the inclination of the anterior arch on the hold. Thus, our room for maneuver and our ease depend on our ability to best adjust the orientation of our foot on the hold. When the climbing shoe is in friction on a small hold, each change of orientation of the foot requires a reorchestration of the body to maintain balance and any change of orchestration of the body requires optimal mastery of the different joints that control the orientation and the pitch attitude of the foot so as not to lose grip. To achieve this, you must have a functional foot, that is, one that is able to hold any orientation and inclination (fig. 4). This is not the case with a pronator foot, for which an entire range is inaccessible in support, thus limiting the possibilities of the climber and requiring him to compensate by retracting the knee.

The ability to hand hold at equilibrium depends on the following parameters (not exhaustive) :

While Adam Ondra tries  » Unclimbed Project  », a 5.15b in Canmore, Canada (see video Age of Ondra part III), he hardly succeeds in passing the Crux of the route in which he must maintain a small foot hold located on his right and at the level of his face, which he reaches after having performed a foot/hand (??). In the following movement, he must load a maximum of weight on this hold without losing grip to place his body almost horizontal in order to position the fingers of the left hand on a small flake before straightening up to reach a hold vertically above him with the right hand. To pass this Crux, due to the weakness of the muscles of his right foot, he has no other choice but to put the inward, pinning it to the face to compensate the eversion of the foot and the external rotation of his forefoot. He has then no other choice than an extremely difficult movement which tolerates very little error. This bring him to fail for several days in a row until he finds the sequence of movements and postures that his supports allow him.

By improving the control of the foot orientation and the inclination of the anterior arch we increase the range of strategies at our disposal.

The biomechanical bonus – When the foot is everted and twisted, the only way to place the anterior arch horizontally and load the first column (??) is to tilt the leg inward, if the face allows. However, the more we tilt the leg, the more we risk sliding outwards (fig . 6). Such compensations are not the prerogative of a functional foot, since it is possible to keep both the foot in the axis, the leg in the vertical and to load the first column.

In a future article we will explain how to develop a functional foot for climbing. The first element that we suggest you test is the following: are you able to dissociate the forefoot from the hindfoot, that is to say to voluntarily control the inclination of the anterior arch of your foot independently of the rest of your foot as in the video below ? If so, it’s a good start !

A functional foot provides an effective junction with the ground and optimizes the grip, it is accompanied by better support of the « ankle » and thus contributes to the prevention of sprains. In addition, it increases the room for maneuver in the event of imbalance and allows more dynamic support to be developed. 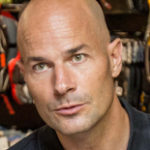 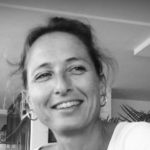